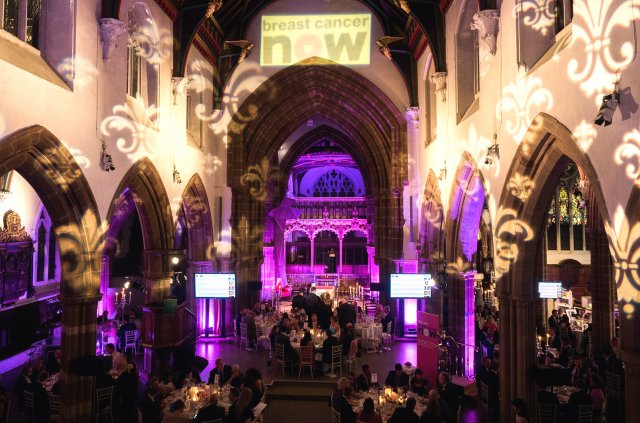 The event took place at the iconic Leicester Cathedral, which was lit up in pink light to mark the occasion. The programme included a live and silent auction, a talk by Dr Stewart Martin (a leading professor in cancer and radiation biology at the University of Nottingham), and a spectacular performance by classically-trained, 14-year-old singer, Faith Tucker. The night was hosted by renowned British athlete Derek Redmond, who enjoyed a long and successful athletics career during the 1980s and 1990s, which saw him break the British 400m record twice.

“This event has been a great success and I would like to personally thank all the businesses and individuals who have supported us in making it happen. This is a true testament to the community spirit that exists and I am very proud we have been able to raise such an impressive donation for a worthy cause”.

“We are delighted to be working in partnership with Mattioli Woods and we’re extremely grateful for the support received from the fundraising event at Leicester Cathedral. At Breast Cancer Now we believe that if we all act now, by 2050, everyone who develops breast cancer will live. Fundraising events such as this are so important to help us achieve our goal.”

The Leicester charity dinner followed a week-long cycling initiative, which took place in September and saw the Mattioli Woods Group raise a further £15,000 for the charity.