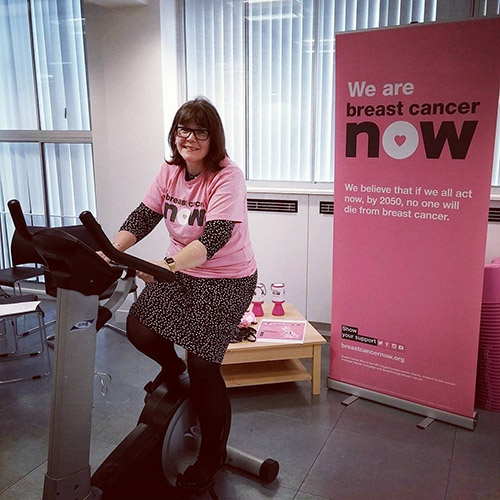 The 'Tour de Mattioli Woods' included a static bike challenge with bikes in each of its offices, and employees covered a distance of 702 miles by cycling the distance between Aberdeen and London via Glasgow, Buckingham, Newmarket, and Leicester - all six (at the time) of Mattioli Woods' office locations.

In addition to this challenge, a team of employees - including Chief Executive Ian Mattioli and his wife, Clare - took to the road and cycled from the Leicester office to Buckingham, Newmarket, and then back to Leicester to raise additional funds. This represented an additional 227 miles to raise further donations for the charity.

“There has been a massive increase in breast cancer over the last 40 years – on average it has more than doubled in Western countries, and in some quadrupled. Further, there is evidence that the rate is actually increasing. Whilst some of the factors which lead to this disease are known, it is still not yet well understood.

"Breast Cancer Now’s primary objective is to support research to ensure that, by the middle of the century, nobody dies of this awful disease. I am very proud that our employees have come together with such enthusiasm and support for a deserving cause”.

The cycling challenge was the first of a series of fundraising events for Mattioli Woods, including its annual charity dinner which took place at Leicester Cathedral in October 2015.