For Graham Davidson, life in the fast lane is about more than just racing high-performance cars. 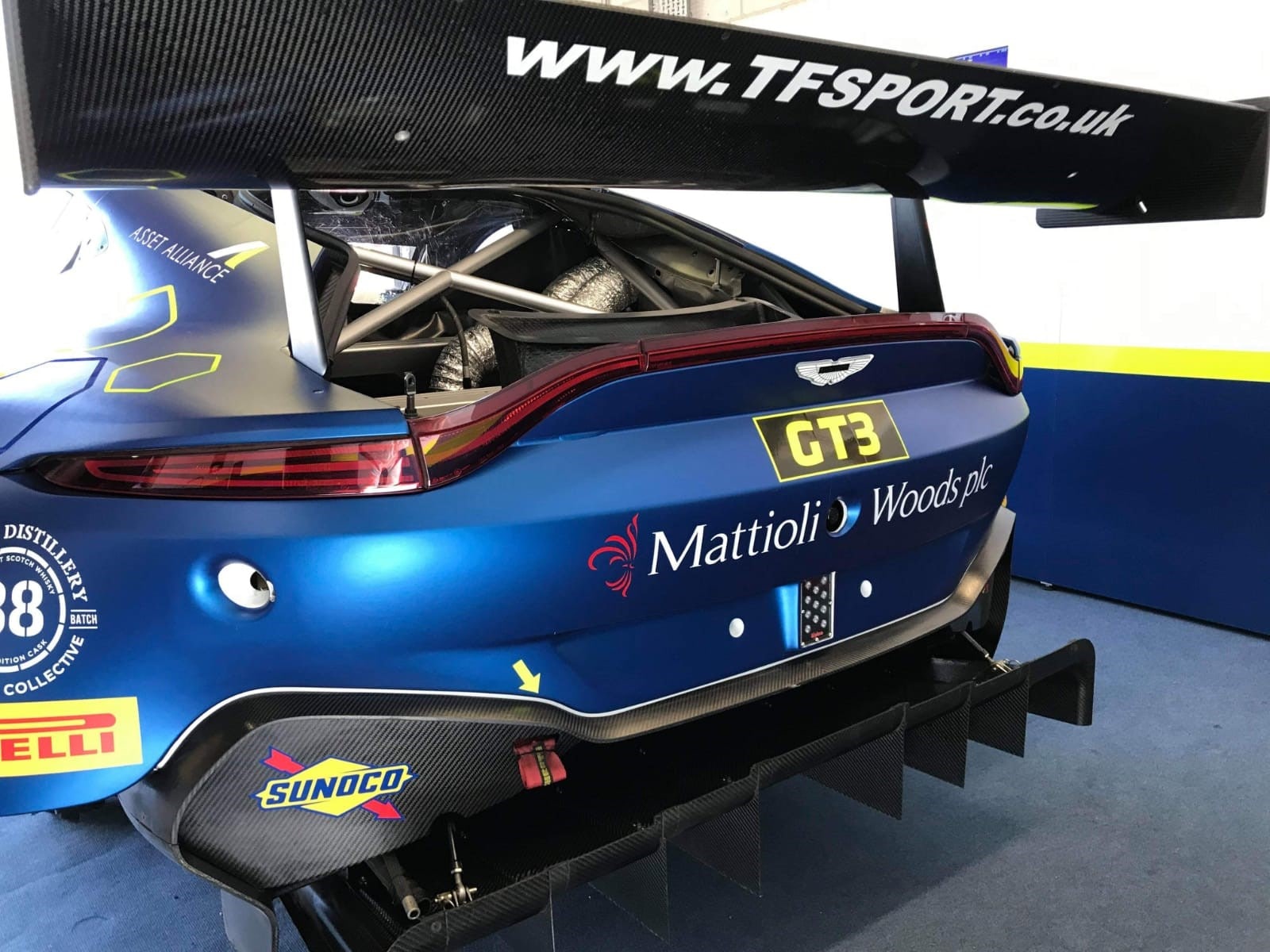 Graham runs no fewer than four of his own businesses!

And as if that is not enough, Graham and long-time partner Vikki Anderson farm a smallholding where they tend to rare-breed sheep, cows and horses.

But it is on the track where the Edinburgh-born British GT driver is speedily making a name for himself.

Although he only got his racing licence five years ago, his progress through the sport’s ranks has already seen him emerge as a serious contender for major honours.

“I’ve been interested in cars for as long as I can remember,” says Graham.

“My dad used to take us to car shows, F1 at Silverstone and the London Motor Show. Things like that. He had a big interest in sports cars which rubbed off on me”.

The switch from spectator to driver came 12 years ago with his first foray into track days – where enthusiasts pay to drive their own cars on top-class race circuits. This was initially in the UK but then also Germany and Belgium.

Seven years later, at the age of 28, Graham got his licence and began racing competitively at club level in Scotland.

Within a year, he had been encouraged to test himself at a different level south of the border where he recalls there were “bigger tracks and a wider pool of talent” to go up against.

It paid off by earning him a place in the GT Cup, a firmly established part of the UK motorsport landscape where amateur drivers traditionally hone their skills.

In 2016 he managed two wins and a second from a limited number of events, but in 2017, he opted to compete for the whole season – a decision which brought him 15 race victories and six runner-up finishes.

That was enough to see him crowned GT Cup champion for 2017 – and fuelled his desire to test his driving skills on an even grander stage.

“I thought ‘What are the options for next year?’. I reached the conclusion that I needed to progress from a hobby to a serious, competitive sport,” Graham explains.

It was a thought process which led to three very significant changes.

Secondly, Graham needed to switch from his title-winning McLaren MP12/4C to an Aston Martin VT12 Vantage GT3, a model which has consistently performed well in the British GT Championship arena.

It has also been announced that Graham Davidson has joined a new team for the 2019 British GT Championship.

Previously with Jetstream Motorsport, Graham has joined TF Sport for the 2019 season, where he will compete alongside countryman and defending champion Jonny Adam.

The pairing will drive the all new Aston Martin Vantage GT3 alongside multiple race-winner Mark Farmer and a yet to be confirmed second driver in the sister car.

But Graham’s ambitions don’t end there.

His goal is to take part in the 24-hour Le Mans event in France, a prestigious endurance race now in its 86th year.

“I want to race there within the next few years,” says Graham. “It's been a dream of mine ever since I went to watch it in 2007. The way things are progressing, I don’t think it is too unrealistic”.