GOLDEN girl Sammi Kinghorn rounded off the week of her life with a second global title at the world para athletics championships. 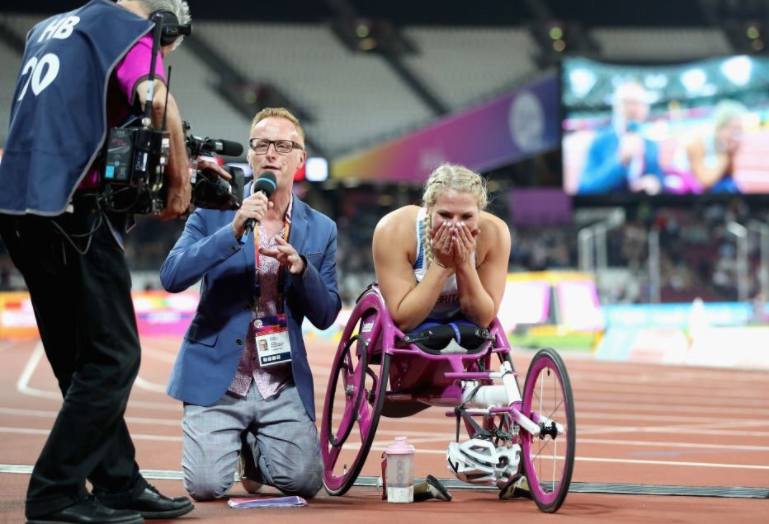 It added to the gold medal she claimed – along with a world record time – in the 200 metres race and bronze at 400 metres.

Sammi – paralysed from the waist down since she was 14 – also came home fifth in last night’s 800 metres.

It crowned a memorable championships for the 21-year-old athlete, who now has her sights set on the 2018 Commonwealth Games.

She said: “I’d hoped to do well in the 200 metres – for which I was considered one of the favourites – but didn’t expect to in the others.

“You don’t believe it until you’ve got the medal hung around your neck. It really hasn’t sunk in yet. The whole week has just been nuts”.

Sammi, from Gordon in the Scottish Borders, celebrated last night with friends and fellow athletes at a party hosted by Team GB.

Her mother, Elaine, said Mattioli Woods’ sponsorship had been key to her daughter’s success