TEACHER Michael Coltherd proved a class above as he swept to victory on a record-breaking night for the Mattioli Woods Rothley 10k road race. 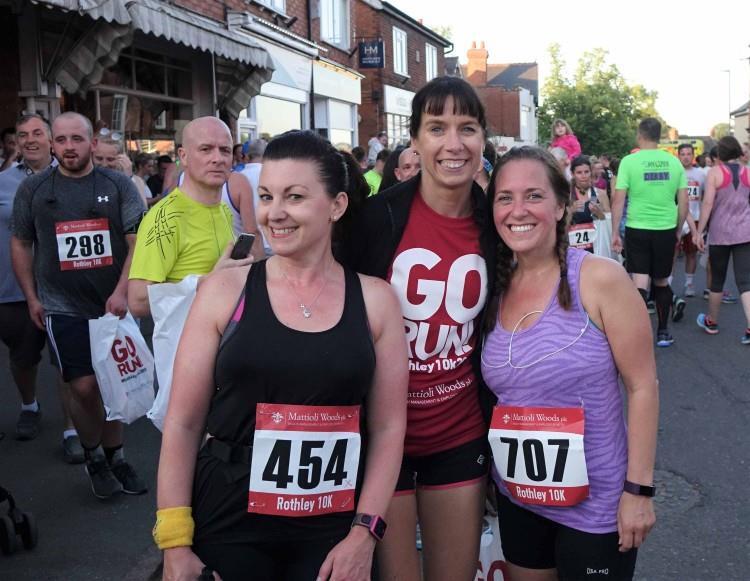 He came home in a winning time of 32.59, ahead of the largest ever field of runners in the 33-year history of the annual charity event.

Hard-working officials of the Rothley and Soar Valley Lions, who again put on the race, estimate it to have raised up to £25,000 for local charities – another record set on the night.

“It’s amazing how the event has gone from strength to strength, but particularly so since Mattioli Woods became our headline sponsor,” said joint race manager Colin Favell.

“This year, the company’s promotion of the race was hugely effective. The decision to get Leicester Tigers involved in the publicity was a masterstroke”.

Simon Allen, of Owls Athletic Club, Leicester, was third in 35.29. Amber Lester was the first woman to cross the line, in a time of 37.40.

Michael, number 2023 on the night, only entered the race the previous day as he looks to make his way back into running after a 10-year break.

The 35-year-old, who lives in Barrow on Soar, said: “It’s my first time here. The course was quite hilly and testing in parts, but the atmosphere was electric. It’s been a brilliant night”.

He said: “It was a brilliant event. There was a great spirit among the runners. They were talking, chatting and, most of all, encouraging each other to get to the finish line.

“As a company which started out in Leicester, we’re extremely proud to be the race’s main sponsor. We pay for the event, but because so many other very generous sponsors and associate sponsors have got involved it now means all entry fees go directly to charity – that’s a fantastic achievement”.

A big thank you to our photographers; Keith Godwin, Chris Mount and Stephen Baum: