Mattioli Woods was the headline sponsor as more than 150 business leaders gathered for a major networking event in Leicester. 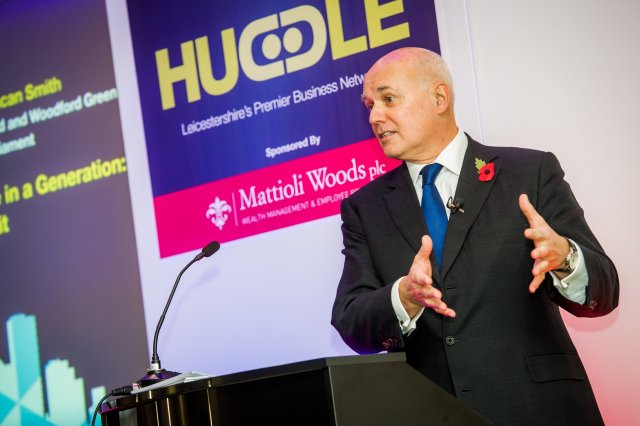 The ex-Work and Pensions Secretary, at the forefront of the Brexit campaign, said the vote to leave the European Union had been a “huge exercise in democracy”.

“Now the majority of people just want to get on with it,” he told delegates. “But I should stress that we are not leaving Europe – we are leaving the European Union. There is a very big difference.” 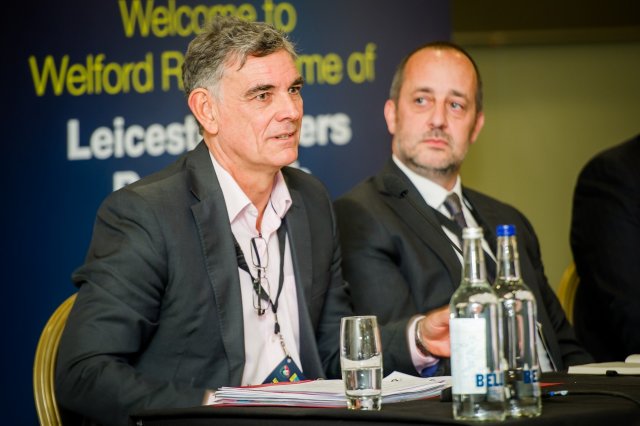 Mr Duncan Smith, MP for Chingford and Woodford Green, claimed migration over the last ten years had “depressed” wages in the UK because of an influx of low-skilled labour, particularly from Eastern Europe.

Once out of the EU, he said the country should introduce a “permit and cap” system under which students, people with their own money, workers employed by multinationals, and those with high qualifications or on higher incomes should be free to enter.

But others seeking lower paid and lesser qualified work should not get permits unless there was a skills or labour shortage, for which the Government felt migration was the best short-term answer.

He also urged ministers to reassure all EU citizens already legally in the UK under current rules that they could stay.

Earlier, Mr Duncan Smith had taken part in a panel discussion in which he said all countries with “successful major economies” had a better training and apprenticeships system than the UK.

That was why the government now had a target to create three million apprenticeships by 2020, driven by the introduction of an Apprenticeship Levy from April 2017.

Under the scheme, employers with a UK pay bill of more than £3m – in both the private and public sectors – will be required to pay 0.5% of that into the levy. This will then be ring-fenced in the form of an electronic voucher that can be used to purchase apprenticeship training.

Yesterday’s event was the second so-called business ‘Huddle’ to be held by Leicester Tigers.

Mattioli Woods’ Chief Executive Officer, Ian Mattioli, a panellist during a debate regarding innovation in business, said: “It was great to meet so many new business faces.

“Leicestershire’s business community is so vibrant – meeting new people is all about both getting to know what we all do and to establish if our businesses can help each other. It’s also about sharing ideas and plans which have made our businesses great.

“That is what ‘Huddle’ is all about. It brings great businesses together in a way that allows open discussion. I hope everyone attending got something unique from it. I know I did – and that’s why it’s great to bring the business community together at such events”.