NEWMARKET STAFF SERVE UP A CHRISTMAS TREAT FOR NEEDY FAMILIES

NEEDY families are in line for a Christmas treat – thanks to the generosity of Mattioli Woods’ staff. 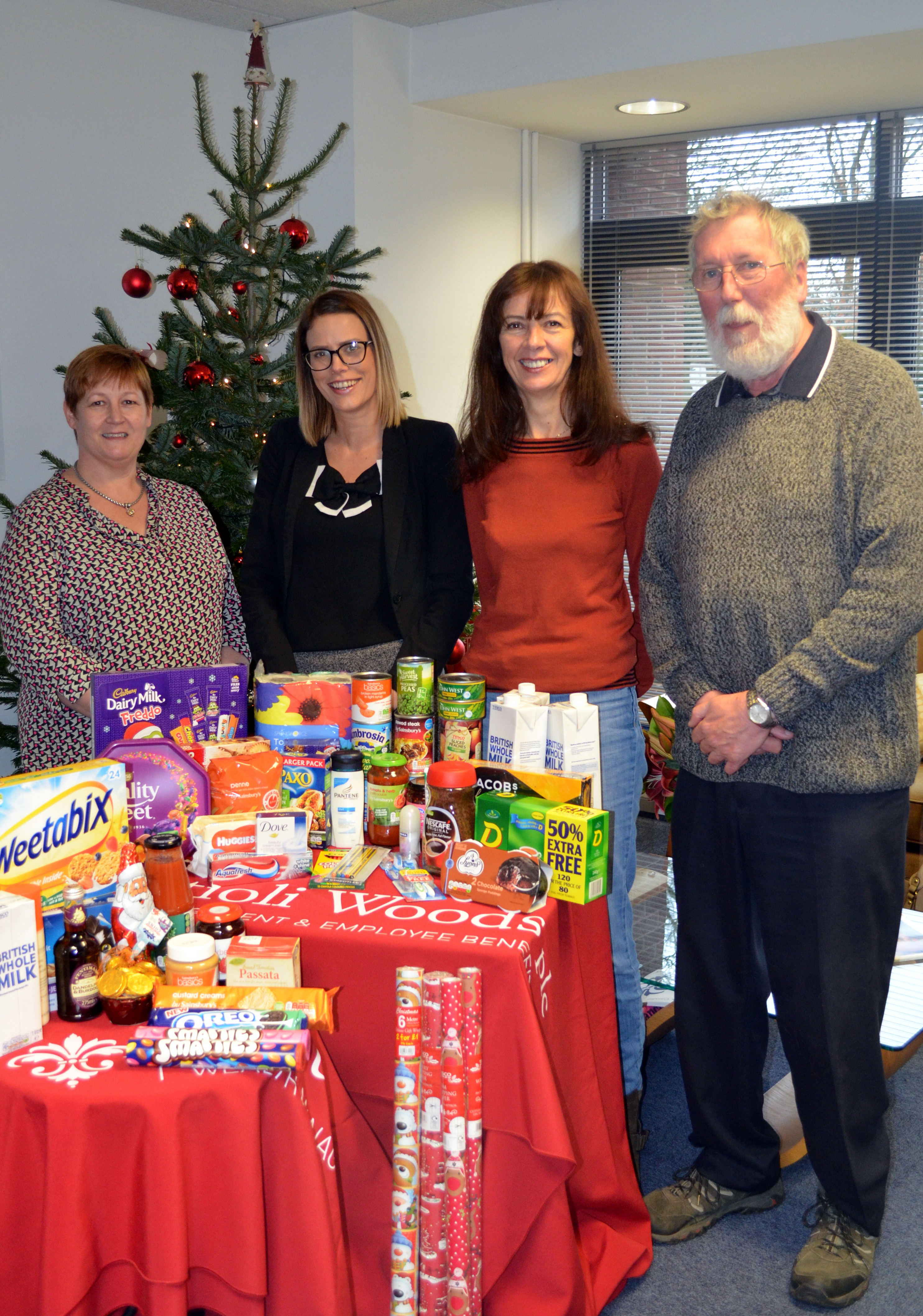 More than 40 workers at our Newmarket office backed an initiative in support of the charity, Foodbank.

Since November, they have been adding extra items to their weekly grocery shopping to donate to its Christmas appeal.

Their aim was to fill three boxes with 24 items, such as tea, coffee, toothpaste and tinned food.

But the appeal went so well they smashed their original target as staff kept on adding to the festive stockpile of goods.

Now Mattioli Woods has handed over 16 boxes containing over 400 items, to be shared between Foodbank’s Ely branch and Newmarket Open Door.

Employee benefits consultant Steph Gordon said: "Christmas can be an incredibly worrying time for people who are finding it hard to buy even the basics we all take for granted. The support from the team has been remarkable."

Howard Laver, of Foodbank, said: "The foodbank in Ely started at the end of 2012 and it soon became apparent that there was a demand from the surrounding villages.

"Soham opened mid-2013 and since then the Ely foodbank has expanded to Sutton, Haddenham, Cottenham, Chatteris and March. We are part of the Trussell Trust which runs a network of over 400 foodbanks, giving emergency food and support to people in crisis across the UK, where 13 million people live below the poverty line. We are most grateful to all who make donations and support us throughout the year."