RUNNERS BATTLE WIND AND RAIN TO TAKE ON ROTHLEY 10K

Runners from all over the County and beyond took to the rain-soaked streets of Rothley last night for the annual Mattioli Woods Rothley 10k. 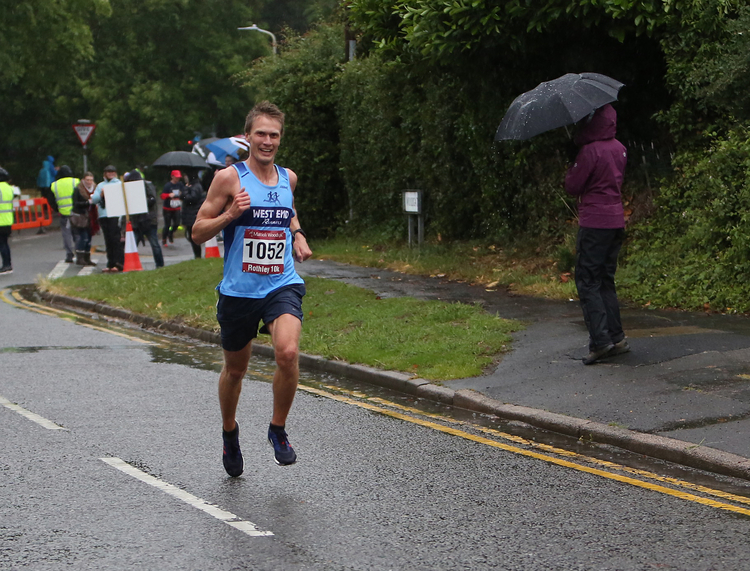 Battling through winds and rain, Sebastian Hall from West End Runners came home in a winning time of 0:33:43, finishing over a minute ahead of second-placed Simon Allen, of Owls AC Leicester who completed in 0:34:48. Ryan Elston, of Charnwood AC, was third in 0:35:37. Gemma Steel was the first woman to cross the line, in a time of 0:35:48, securing overall fifth place with Kristie Matthiae, of Barrow Runners, being the second woman in 0:41:55 and Sharon Taylor, of Race Hub Triathlon Club, the third woman with a time of 0:43:30.

“It has been an amazing evening and there has been a great atmosphere among the runners despite the weather – people turned up and supported the race, which is a great showcase of our local community spirit.

Congratulations to all who took part and a special thanks to our sponsors – together, we have successfully raised vital funds for our local charities.”

Rainbows, LOROS, Air Ambulance Service, Age UK, Eye Camps, Vista and RNLI are among those to benefit from the fund-raiser, which is estimated to raise £25,000. Over the years, the event has now generated more than £300,000 for local causes.

Find adviser
Get in touch with a member of the Mattioli Woods team below. We’re always on hand to assist.
Find adviser
Share on social