The move marks a first for the club - who have played in the same spot since moving to the ground back in 1892 - and is one that will play a huge role in supporting the future of the Leicester Tigers.

Mattioli Woods have been an official partner of the Tigers since 2016 supporting the club through shirt sponsorship and naming rights to the stadium’s East Stand.

The Covid-19 pandemic has the potential to see the club lose further millions in revenue over the coming months. The decision to rebrand the stadium is one that Tigers has not taken lightly owing to the significance Welford Road has in the hearts of supporters around the world.

Back in 2017, supporters and the club came together to celebrate 125 years of Welford Road, of which the north, east and west stand have all undergone major construction in the last twenty-five years taking capacity at the stadium to 25,849.

The decision to keep the ‘Welford Road’ name alongside the partnership is one that Mattioli Woods and the club felt was important, retaining the traditions of the club. This ‘club-first’ mentality echoes the shared values both organisations have in a move that can ensure Tigers remain at the heart of the city’s community.

The deal, which will run until the end of the 2024/25 season, includes stadium naming rights as well as branding around the team dugouts and externally around the venue. The company will also retain naming rights of the Mattioli Woods Stand as well as back of shirt sponsorship.

The two organisations became city centre neighbours in 2018 with Mattioli Woods moving its Leicester office to the top of Welford Road where they house 400 employees in the five-storey complex as part of the city’s regeneration project.

Over the years, the two businesses have worked together supporting the annual Rothley 10k run, organising stadium visits for schools, hosting networking events for local businesses as well as providing financial advice workshops. 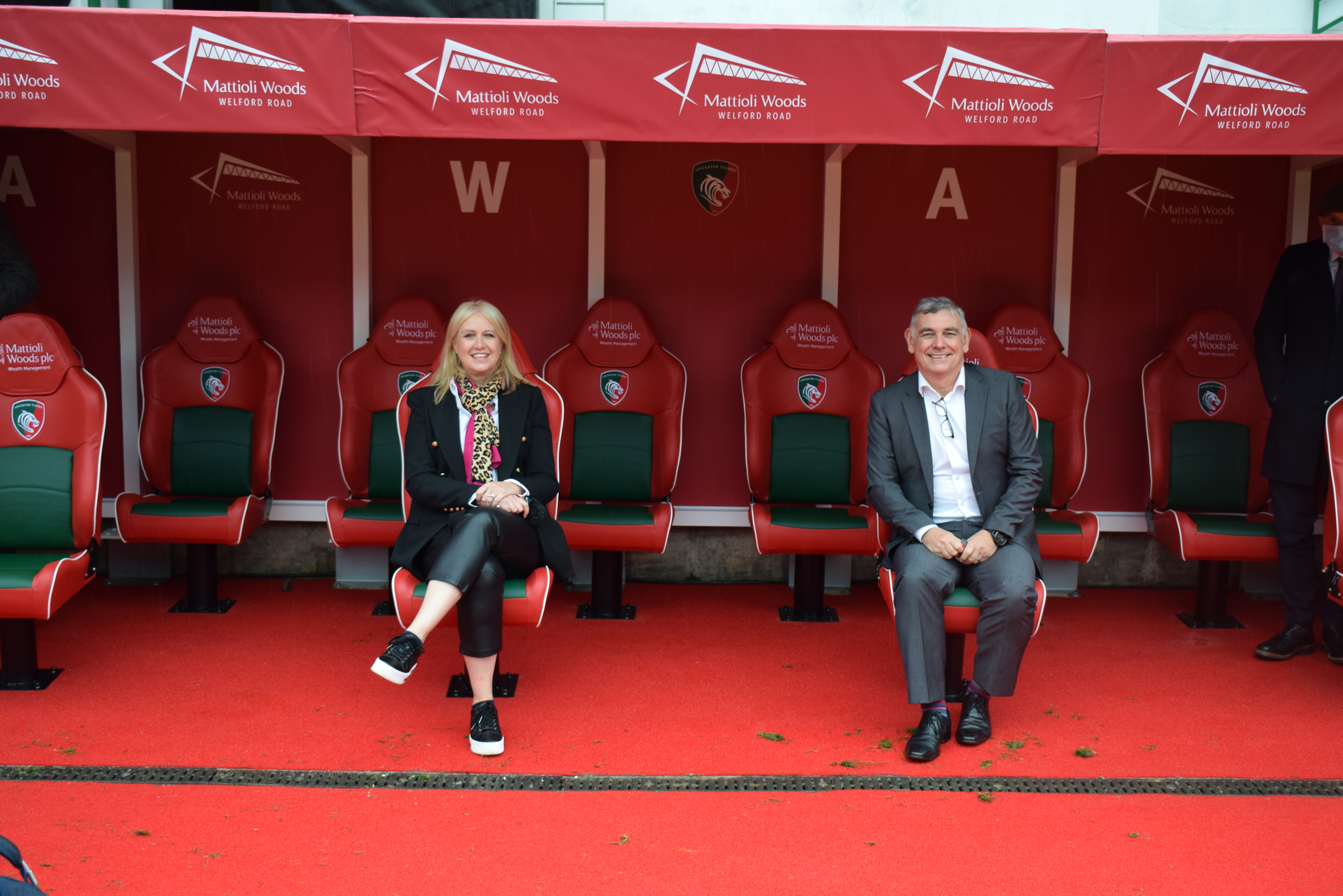 A word from the CEOs…

As the club announced a historic moment with the rebrand of the home of Leicester Tigers to the Mattioli Woods Welford Road stadium, the chief executive officers of both organisations released the below statements.

“Welford Road is an icon of world rugby as the home of Leicester Tigers and a venue that has helped to put Leicester on the sporting map.

“In these uncertain times, the club has had to look at new ways to provide value for supporters and partners in a way that can generate revenue and ensure that there is a club for fans to come back to.

“Mattioli Woods have been a partner of the club for many years, and whenever contractual rights are involved, we want to ensure that the traditions of the club remain a consideration.

“Having been such a loyal supporter of Tigers, we are extremely proud to unveil the Mattioli Woods Welford Road stadium signifying a partnership steeped in Leicester’s roots.

“Ian (Mattioli) is a close friend of the club and over the years, we’ve been grateful for his and the company’s support both financially as well as within the community.

“We understand it is a difficult time for every business at the moment, with sacrifices being made along the way, but the good times will return and I hope that this move symbolises the commitment of two Leicester businesses working through this together.”

“Having been born and bred in Leicester, the Tigers have been a huge part of my life and I consider the club staff, players and supporters a part of the Mattioli Woods family.

“The COVID pandemic has impacted all of our lives, beyond anything we could have imagined. Personally, and as a business we have looked for ways to help the local communities where we have offices, supplying iPads to hospitals and other support where we can.

“Tigers have gone through tough times of late, as the majority of clubs have and so I am delighted that we are able to guarantee our support for the next five years. I am also proud the business I started in my garage in Leicester and employs so many local people both in Leicester and around the country, will be linked with this amazing club as Mattioli Woods Welford Road. Supporting our sporting clubs at this time is vital for our community.

“Sport breaks down barriers, it has the potential to reduce stress and improve mental wellbeing, and in these very testing times we are living in, it is important that families are still able to watch their beloved team and look forward to eventually being back in the stands.”

Start a conversation today
Get in touch with a member of the Mattioli Woods team below. We’re always on hand to assist.
Find adviser
Did you enjoy this article?
Like 3 readers loved it!
Dislike 0 readers loved it!
Share on social