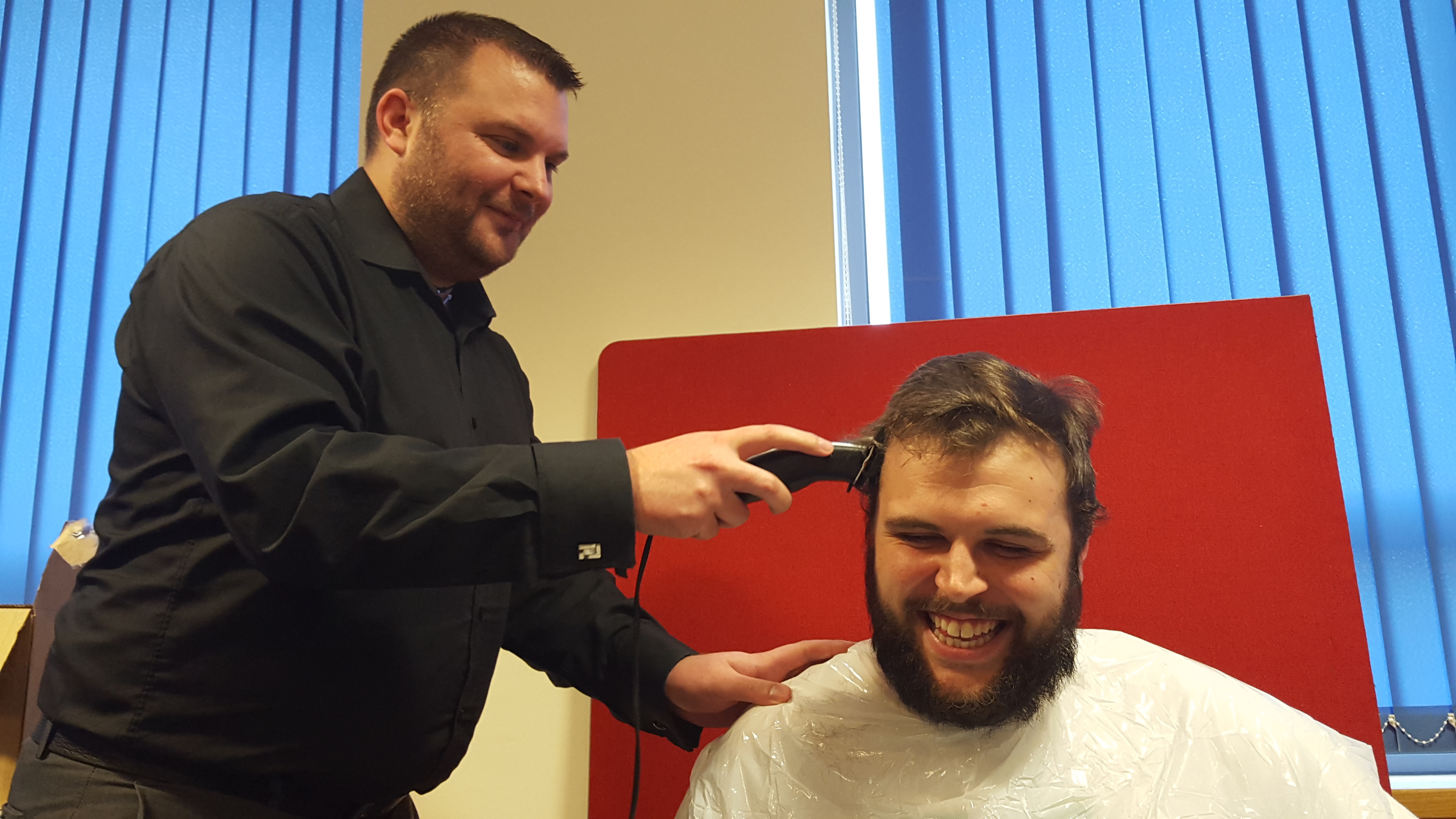 The transformation occurred yesterday afternoon in the relative safety of Leicester's Green Wing Comms. Room with a select few spectators: two co-workers with cameras, and two colleagues wielding a variety of trimming implements and styling products.

It was a fantastic (and one could argue, emotional) hour, and slowly but surely the hair came off. We did have to change clippers half way through as James’ device just wasn't cutting it (excuse the pun). We also had an incident whereby a pair of scissors created unintentional stripes on James’ forehead, which meant that there was no choice but to go to a #1 shave to ‘tidy up’ a bit. Not to mention having a bit of fun creating a Mohican with hairspray… and fashioning a Breaking-Bad-style Heisenberg goatee!

James said of the experience:

"We have been raising a lot of money for Breast Cancer Now, and the whole idea of it came whilst I was on leave! A lot of the ladies in the office were not impressed by the beard and hair combo, and so an email went around the Leicester office saying they would sponsor me to get rid of it, and it just escalated from there! I wasn’t overly keen on the idea at first, though looking back the hair and beard together was a bit much! When it came to light that we could potentially raise a few hundred pounds, I just thought, why not?"

James notes that before the haircut, his fringe couch reach his top lip if pulled taut - the result of at least four months' worth of growth.

"It was a 'shear' pleasure to be the one wielding the clippers. I was able to live out my lifelong dream of being a hairdresser for the British Army. In fact, I am so proud of the final result I might set up a business on the side offering low-cost haircuts to staff at lunchtime. Don’t expect a choice of styles though - it’s a bald new world!"

According to Kenny, James is much like Samson. We wonder if James' tremendous powers(?!) will be snuffed out now that the mane has gone.

A huge thank you to James as we know it was a very courageous thing to do.

To give towards James’ close shave for Breast Cancer Now, please click here - and see more photos on Facebook here.