Wheelchair racer Sammi Kinghorn today declared herself satisfied after narrowly missing out on a podium finish at the Commonwealth Games. 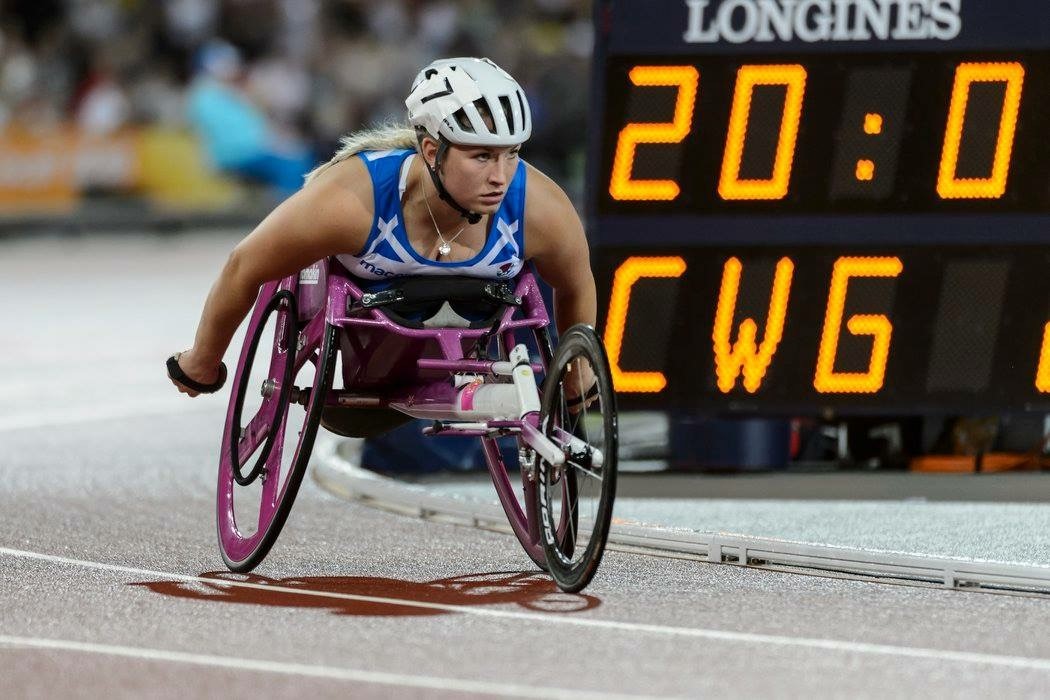 Sprint champion Sammi – sponsored by Mattioli Woods since the early days of her athletics career - stepped up in distance to come fourth in the women’s 1500m final on Australia’s Gold Coast.

Her time of 3min 37.91 was less than one second off the bronze position – clinched by Canada’s Diane Roy.

Gold and silver were taken respectively by Australia’s Madison de Rozario (3-34-06) and Angela Ballard (3-36-85), making it a medals double for the home nation.

Coach Ian Mirfin said: “Sammi is happy with what will be her last 1500m for the foreseeable future.

“Prior to the race she was ranked fifth in the Commonwealth and 7.31 seconds behind the athlete in third spot. Yet she finished less than a second away from the silver and bronze positions”.

Sammi, representing her native Scotland, remained in contention up until the latter stages of the final lap when de Rozario broke away from the rest of the leading pack.

The two will come up against each other again in Sunday’s marathon (9.10pm on Saturday UK time).

Her only previous marathon attempt came in Chicago in October when she finished fifth in a time of 1hr 43-52.